What was the impact of the loss of a wife in the mid19th century? My 3rd great grandfather was left to care for two very young children after the loss of two wives by 1850. He was a farmer and laborer, how did he cope?

END_OF_DOCUMENT_TOKEN_TO_BE_REPLACED

In 1941 an electric power company built hydroelectric dams on the Holston River to produce power. In the process, they displaced many Tennesseans, alive and dead. My ancestors were among the dead.

END_OF_DOCUMENT_TOKEN_TO_BE_REPLACED

While researching a 5th great grandfather, I discovered him in an unusual source, a diary of a historical figure I had never before heard of, Herman Husband.

END_OF_DOCUMENT_TOKEN_TO_BE_REPLACED

While researching ancestors living in Colonial Virginia during the 17th century, I found several records of land grants.

END_OF_DOCUMENT_TOKEN_TO_BE_REPLACED

I wonder how my ancestors avoided becoming infected with the 1918 influenza. Would it be luck?

END_OF_DOCUMENT_TOKEN_TO_BE_REPLACED

52 Ancestors, in 52 Weeks – Week 12: Twelve
John Rogers is one of my 12th great grandparents, of which we all have 16,384. What made him remarkable enough to leave a record 450 years after his death? I admit my shock to discover an ancestor with the moniker “The Martyr”

END_OF_DOCUMENT_TOKEN_TO_BE_REPLACED

A brief biography of my great grandfather, David Louis Osborne, 1847-1942, highlighting his time as a Union soldier with the 83rd Ohio Volunteer Infantry during the American Civil War.

END_OF_DOCUMENT_TOKEN_TO_BE_REPLACED 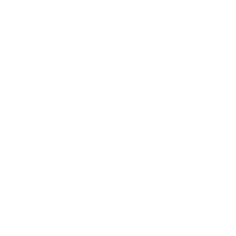