Jesse King was born in Ohio (probably in the vicinity of Chillicothe) in 1805, he was a son of Philip King and Mary Leah Wright, both of Pennsylvania. Philip King was a farmer, he married Leah Wright in 1801 in Somerset, PA, they had six children, of whom Jesse was the third. The King family emigrated to Fairfield County, OH, when Jesse was a small boy. During the War of 1812, Jesse’s father, Philip King, served as a soldier in Capt. James Taylor’s company from Ross County, OH. In 1831, Jesse married Catherine Sivey  in Fairfield County. After their marriage, they removed to Franklin County, OH where Jesse’s parents and many siblings were already living and farming. Jesse and Catherine were the parents of six sons, the four oldest born in Franklin, the other two in Mercer: William, Solomon, John, Philip, Henry, Jesse and Franklin, who died in infancy. After Philip King’s death in 1846, much of the King family, including Jesse and Catherine, removed to Van Wert County, to farm the 200+ acres she had previously purchased and the 40 acres of bounty land granted for Philip’s war service. Jesse purchased 160 acres in Mercer County, erected a log cabin, cleared his land and became a prominent farmer and citizen. Jesse filled the office of justice of the peace for eighteen years, was township trustee a number of times, and also held other offices in the county. Four of Jesse and Catherine’s sons served in OH units during the Civil War. One son, Philip, died of wounds received at the battle of Nashville, in December, 1864. Jesse was an active member of the United Brethern Church, holding at different times all its offices, he died at his home after contracting typhoid fever in 1868.

What is Typhoid Fever?

Typhoid fever is a bacterial infection, spread by consuming food or water contaminated with the feces of an infected person. Symptoms include a gradual onset of high fever, weakness, abdominal pain, constipation, and headaches. People may carry the bacterium without being affected; however, they are still able to spread the disease to others. Deaths from typhoid among soldiers in the Civil War exceeded those of any other cause. 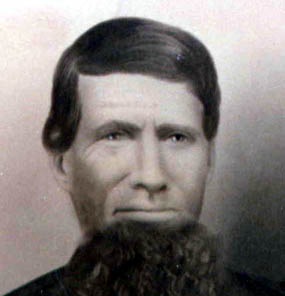 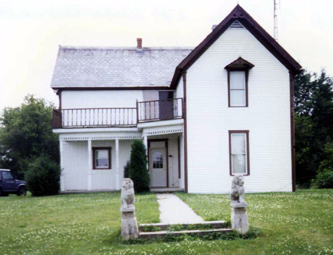 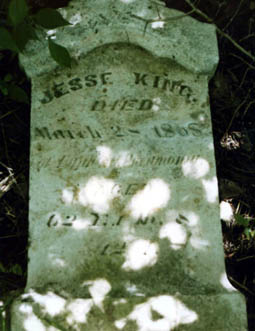 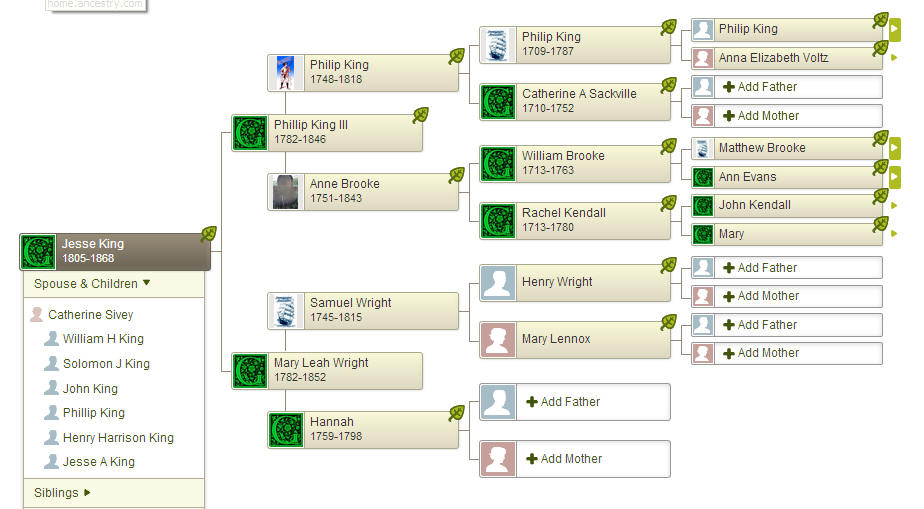 Family tree of Jesse King, based on my research, as of December 2016

Jesse King was a 3rd great grandfather on my maternal line, I found his probate record online at Ancestry.com, ‘Ohio, Wills and Probate Records, 1786-1998’, Mercer County, Ohio, Court of Common Pleas, Record of Wills, Vol 1-4, 1825-1886, Case #1200. It consists of nearly 60 pages and covers 4 years of settlement, Jesse’s wife Catherine Sivey King was the executrix. There are several pages of particular interest:

Here are 60 pages of documents relating to the probate of Jesse King’s estate in 1868.
Download Now

King family cemetery is behind the house near the tree line on the west. Jesse and Catherine are buried here.

NE quadrant of Sec 1, twp 4 south, range 1 east
The King family farm house in Mercer County, OH sat next to Black Creek, namesake of the township.
The 175 acres purchased by Jesse King in 1843 was next to the St. Mary’s River.
← Do You See A Resemblance? Letter from Sarah Tucker Lafary →