I enjoy putting facts and sources to family oral history. This one involves my paternal grandparents and how they met at a church, one close to both their homes in 1914.

I recall looking at a photo of my grandfather, Earl LaFara, and realizing he was 5 years older than my grandmother, Pearl Osborne LaFara, and grew up in a different town. I asked my grandmother where they met and my grandmother’s simple response was, “At church.” I don’t recall asking any follow-up question and I think I assumed the “church” was the one she attended at the time. Fast forward forty-odd years and I decided to research this thin memory.

My paternal grandmother was born 19 May 1893 at the home of her parents on E. 12th at Sterling St. in Indianapolis. Pearl attended Indianapolis Public School #33 (Whittier) and Shortridge High School, graduating in the class of 1913. [1] The Osborne family resided at 1102 N. Beville for about 10 years, including during 1914. [2]

My paternal grandfather was born 25 July 1888 at the home of his parents in south-central Tipton County where they were farming. Earl attended school in Tipton, when the demands of the family farm permitted, he graduated from Tipton High School in 1908. [1] Earl was a good student and wanted to have a career away from farming. By 1914, Earl’s father sold their home in Tipton and the family moved to Indianapolis and resided at 1129 N. Dearborn. [3] Earl was working at American Express as a clerk, he would eventually become a clerk at the downtown United States Central Post Office.

They Met, Close to Home

I placed both my grandparents in 1914 in Indianapolis, living less then three-quarters of a mile apart. They were certainly in proximity to meet. I then found an announcement for their wedding in the Indianapolis News for 5 October 1914 which stated they were wed at the 10th Street Methodist Episcopal Church. [4] Placing the church on the map it made complete sense they met “at church.” The Osborne’s and the LaFara’s were Methodist’s and it would make sense to attend a church within walking distance at a time when family cars were mostly for the wealthy. Case closed, Earl and Pearl met close to home, at church. 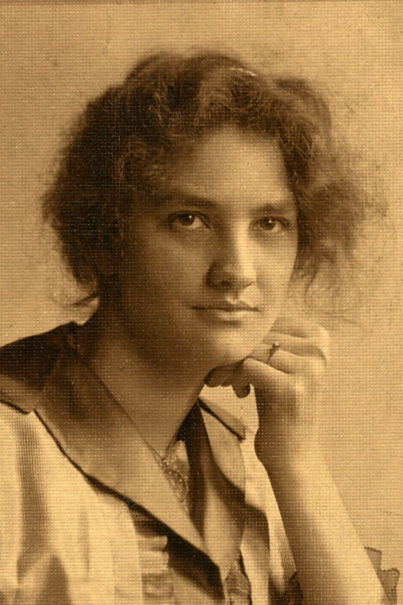 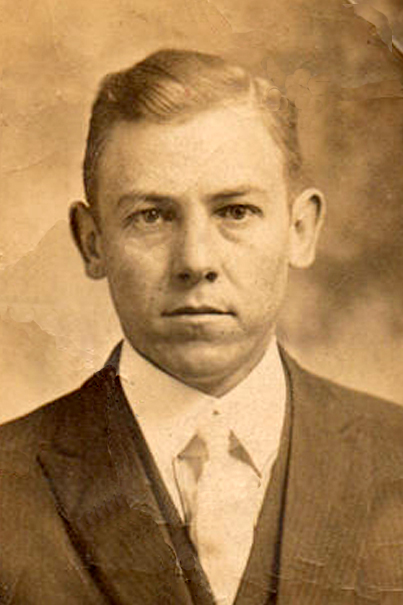 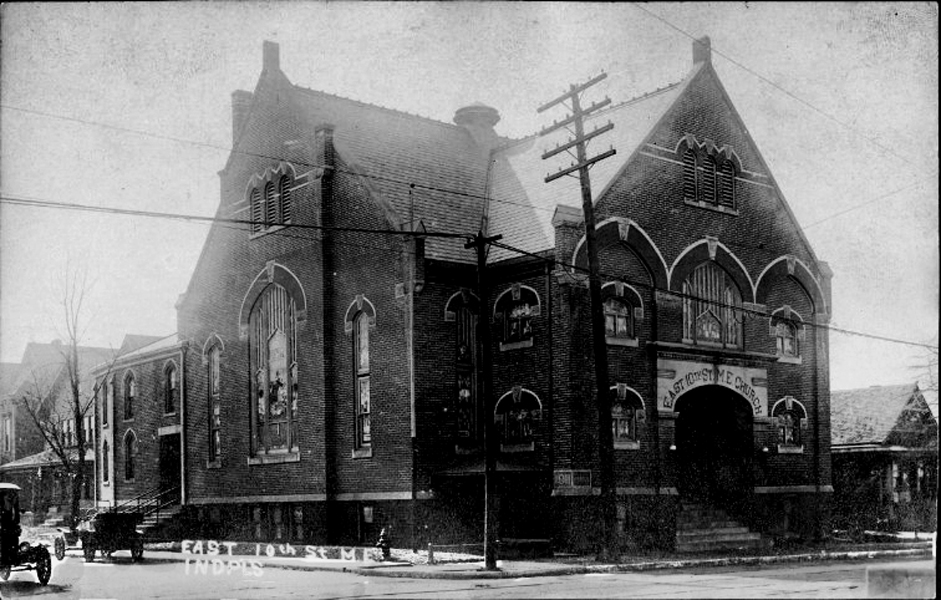 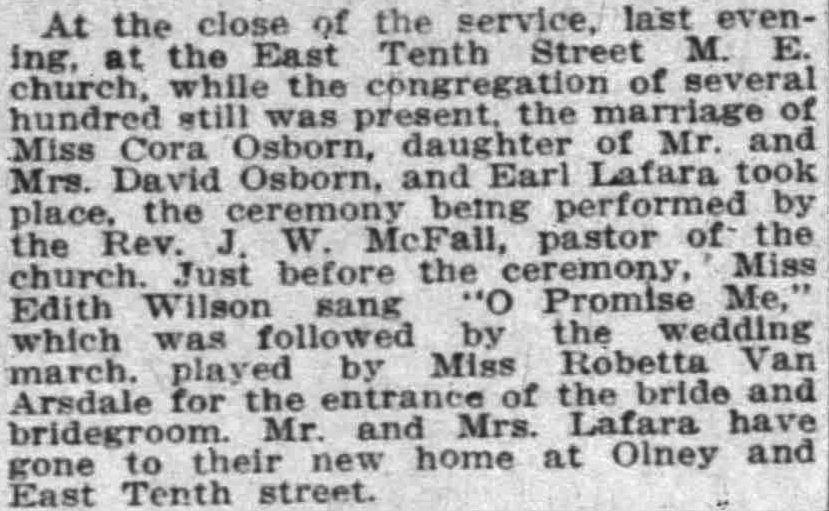 The E. 10th St. church is still ME, the house on Beville is long gone and replaced with a large modern house, and the house on Dearborn still stands, although vacant.

My grandparents lived at a number of addresses on the near east-side, including Irvington and Warren Park. Sadly, Earl died in August 1928 at the age of 40 from a hemorrhage on the brain he suffered while walking home from the interurban stop after work. Pearl led a full life, raising their three children, caring for her father and sister, she was active in the DAR and her church and doted on their grandchildren.