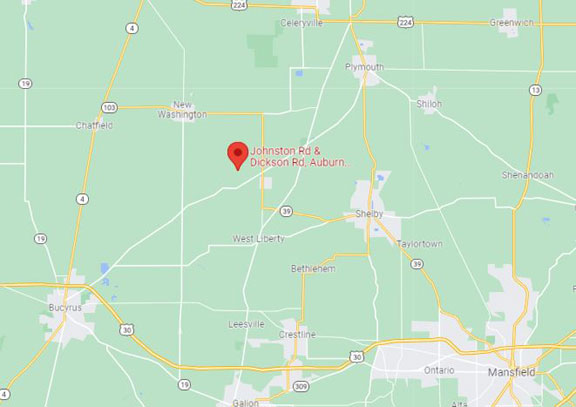 Check Out the Smith’s

In my Week 1 post, Foundations, I stated one of my goals for this year is to check out families with the surname Smith in Richland County, OH, ca.1840. [1] This goal should help me toward discovering my brick wall 4th great-grandparents named Smith. These would be the parents of my 3rd great-grandmother Sarah Smith Gilbert ca. 1820-1846. I wrote about Sarah in 2019 for the Week 2 prompt Challenge. [2] This week I decided to check out two primary sources of research, land records and census records. I am looking for men named Smith who lived in proximity to Sarah and her husband, Samuel Gilbert, around the time of their marriage.

Sarah Smith married Samuel Gilbert in 1843, leading me to presume Sarah was living with her parents for the 1840 census. [3] The marriage was recorded in Richland Co., OH, which is the county just east of Crawford Co. where Samuel Gilbert owned land. More specifically, the Gilbert farm was in Cranberry Township, which is in the northeast portion of the county. Samuel purchased the 160 acres of land as Tenants in Common with a man named Philip Immel in 1835. [4] I do find the Immel family in Cranberry Twp. in the 1840 census, but I have not identified Samuel Gilbert in the 1840 census. [5] Nonetheless, I presume he was in the area and working the large farm with Philip Immel. 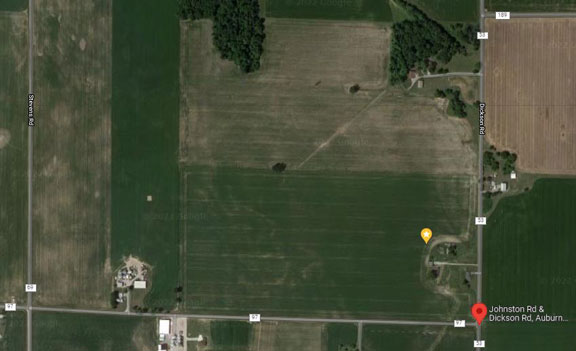 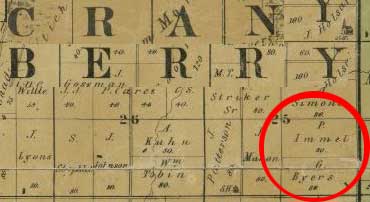 Using the Bureau of Land Management database I searched for all landowners named Smith who had land patents in the vicinity of the Gilbert-Immel property, Section 25 of Township 18N and Range 21W. There were 5 Smith’s in Cranberry Twp: Abner, James, John G., Samuel, and William. Additionally, I found a John Smith to the east in Plymouth/Cass Twp., Richland County. 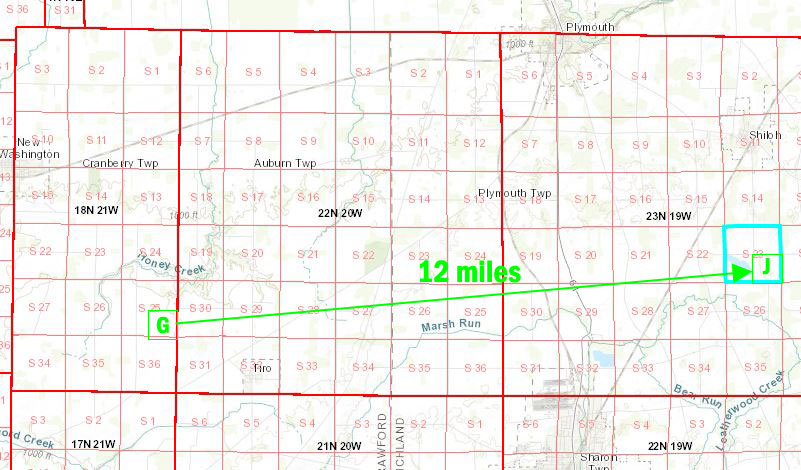 Additionally, I noticed that both Abner and John G. Smith patented their land on the same date as Samuel Gilbert, 15 Dec 1835. I checked other land owners in the township and found four other owners who patented on this date and two were also in the same section as Samuel Gilbert. Was the land patent office only open certain dates? Did any of these land owners know each other? Is this a clue to Sarah Smith’s parents, or just a coincidence?

John G. Smith – His land patent shows his middle name was Gottlieb and he was living in Cranberry Twp. at the time. This information made him easier to trace. In the 1840 census his only female children were under age 9. [6] I have eliminated him.

Abner Smith – I have not yet found Abner Smith in the 1840 census. The land patent indicates he lived in Richland Co. And, in the Richland County marriage records, on the day before Sarah Smith married Samuel Gilbert, a man named Abner W. Smith married Lydia Davison. [7] Just a coincidence? Is he connected to my Sarah Smith? The 1850, and later, census, sets this Abner W.’s birth year as 1818. [8] Abner W. is not Sarah’s parent, but I also do not think he is the Abner who patented land in Cranberry Twp. Further searching has turned up an Abner Smith who marries a Rachel Williams in Richland Co. in 1836. [9] It’s possible this is the man who patented the land, but I have found no further trace. He does remain a good lead.

John Smith – This patent is Section 23, Township 23N and Range 19W in Richland County and about 12 miles due east of Samuel Gilberts property. This section of Richland Co. is in Cass Township, now. Cass formed in 1849, before that it was Plymouth Township. I found no men named John Smith in Plymouth Twp. in the 1840 census. But I found 3 households named Smith, just one had a female that I consider to be in the right age range for my Sarah Smith, the 15-19 and 20-29s. Isaac Smith at 40-49 years old, has one female 15-19 years of age. There is a Sarah Smith as head of household, she is given as 30-39 years of age. Her oldest female is listed as 10-14, which I think is too young form MY Sarah. [10, 11, 12] I consider Isaac a good lead worth some follow up. And, I will give further consideration to the possibility that the Sarah Smith age 30-39 is MY Sarah. Maybe she is the widow of the John Smith I was originally looking for.

James Smith – I find a James Smith in Cranberry Twp. in the 1840 census. I presume this is the man who patented land in Section 23 in 1839. He has two young females in his household in 1840, but they are too young to fit my profile of Sarah Smith. [13] I have eliminated him.

These are just the men named Smith from the land patent records. There are 2 more men named Smith in Cranberry Twp. in 1840, and 26 more in all of Crawford County. Plus, there are 75 Smith households in Richland Co. in the 1840 census. I will prioritize these for research by proximity to the Gilbert/Immel property.

There is a map of Cranberry Twp. property owners drawn in 1850 in the Library of Congress map collection. [16] Looking at this map reveals nearly all the Smith’s with BLM land patents have sold their land, except for John Gottlieb Smith. What, if any, relevance does this fact have to my search? My 3rd great-grandmother, Sarah Smith, died in 1846. It’s possible some, or all, of the Smith families on the land patents were also deceased before 1850. I will need to research these Smith families further to discover what became of them by 1850.

Although I have not conclusively identified my 4th great-grandparents named Smith, I have several good leads to further check out. Researching ancestors named Smith is a challenge, I need to check out multiple families. If anyone reading this has a Smith in their family tree living in Richland or Crawford Cos. between 1800 and 1850 please contact me with details.