I have made many interesting finds in my ancestry that I could consider a favorite discovery. Finding a connection to a famous historical figure or to a historical event is always fun. Breaking through a genealogical brick wall is very satisfying. Also, I enjoy finding familial connections to friends. I think, for now at least, my favorite discovery is finding the common ancestors shared by my parents. Don’t be alarmed, the common ancestors are 10 generations removed. [1]

My paternal grandmother’s Osborn lineage is fairly well researched and I have mostly been adding sources to the known ancestors. These Osborn’s have deep roots in Union and Essex Counties in New Jersey. This is where I find the children of Elizabeth Thorne living by 1720. Elizabeth Thorne was born in Queens, New York in 1673 and married a man named Anthony Badgley in 1692. [2, 3] Elizabeth dies in 1710 and Anthony in 1715. It is around the time of Anthony’s death that their daughter Phoebe Badgley marries a man named Peter Willcocks in Flushing, Queens, NY. [4] The couple, along with two of the Badgley brothers, and possibly others from the community, emigrate to the area now known as New Providence, NJ about the year 1720. [5] It is a descendant of this couple who marries into my Osborn line after the American Revolution in Essex County, NJ.

Peter Willcocks built a sawmill about 1736 on Blue Brook which is now part of a state historic site called “Deserted Villiage.” [6]

The Deserted Village of Peter Willcockse

I discovered Mary Thorne, 1669-1714, on my maternal line while researching ancestors named Woolsey. I had traced these Woolsey’s from Virginia during the American Revolution to Flushing, Queens, NY before 1700. Since I knew my paternal line had ancestors in Queens before 1700 I thought there was a possibility they at least lived in vicinity of one and other. I quickly found that my 7th great grandfather, Richard Woolsey, 1697-1777, married a woman named Sarah Fowler, 1698-1782, whose parents were William Fowler and Mary Thorne. [7, 8] Could this Mary Thorne be related to my paternal ancestor Elizabeth Thorne? Yes!

The Thorne family of Queens and Long Island are fairly well documented. William Thorne, 1616-1664, was one of the original settlers of Flushing, Gravesend and Jamaica, NY. [9] He also was among the signers of the “Flushing Remonstrance” advocating for freedom of religion. [10] William’s son John, 1643-1709, and his wife Mary Pearsall, 1643-1689, were the parents of Mary AND Elizabeth Thorne. [11, 12] Making John and Mary Thorne my 9th great-grandparents on both my paternal AND maternal lines. I am my own 10th cousin, definitely a favorite discovery!

I believe most everyone who has ancestors in pre-Revolution America likely has a common ancestor with one and other. It’s just a matter of finding the paper trail to prove it. 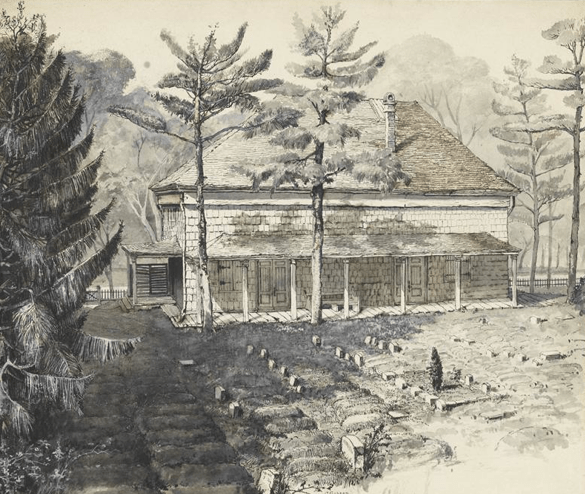