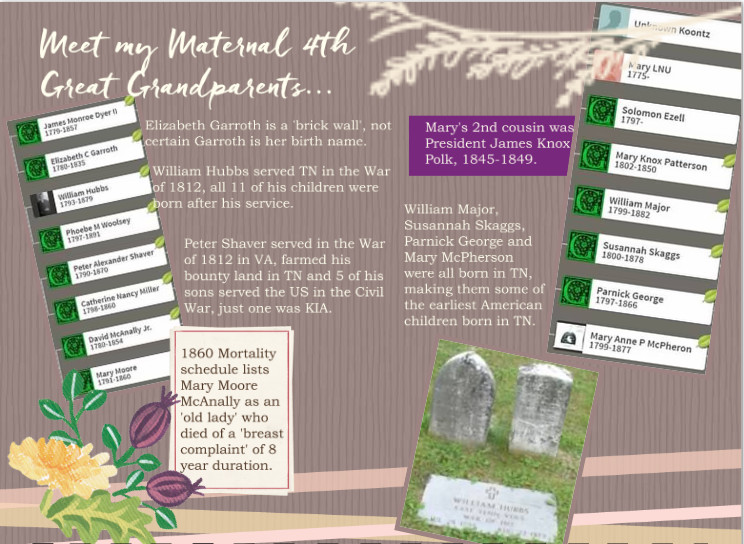 While working on last week’s prompt, Foundations, I came across an item I will call a favorite find for the purposes of this weeks’ prompt. Below are four images I found among my research. Each is a months’ featured image from a 2019 calendar I created. These images represent my 64 4th great-grandparents. Looking closely at the images, I had 13 unknown 4th great-grandparents when I created the calendar. And I still do today… That’s a little disappointing, but that’s why I am focusing my research efforts on these 13 unknowns this year. 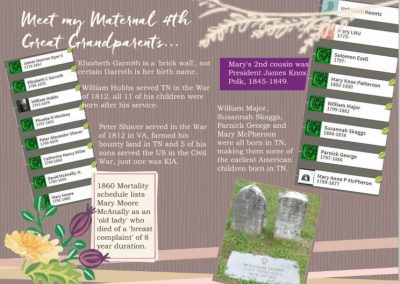 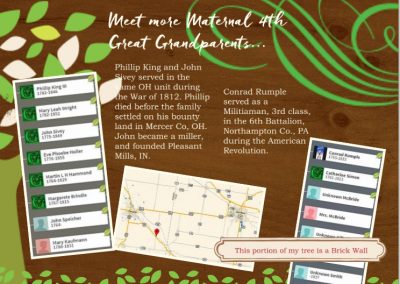 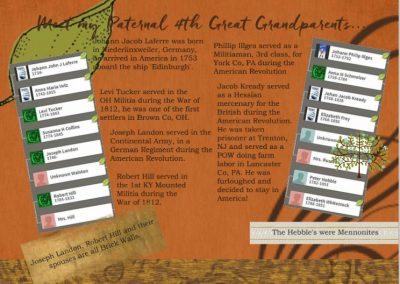 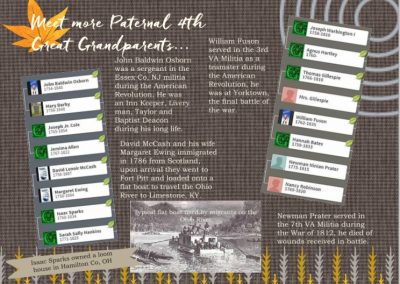 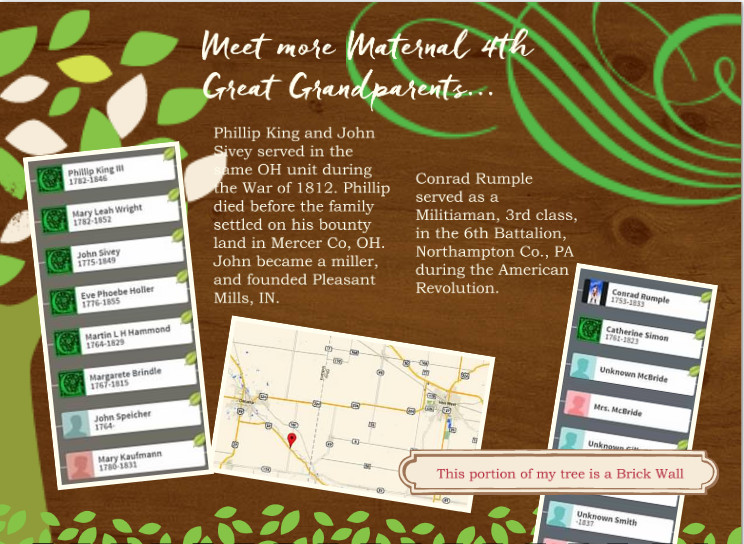 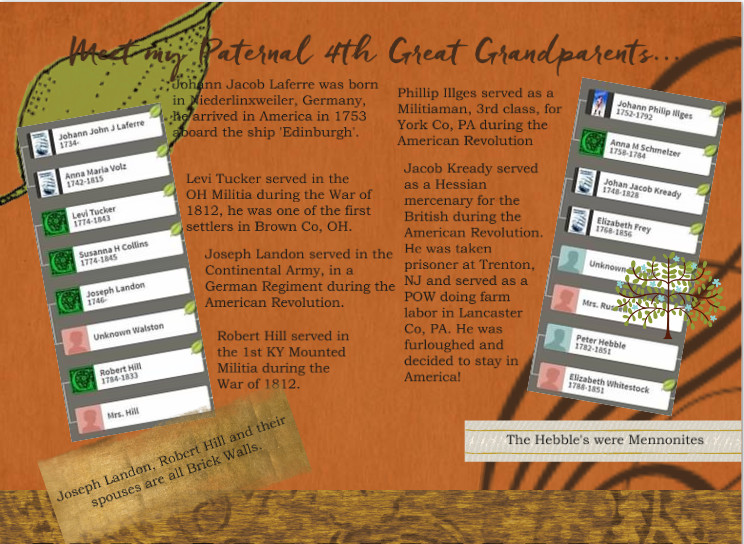 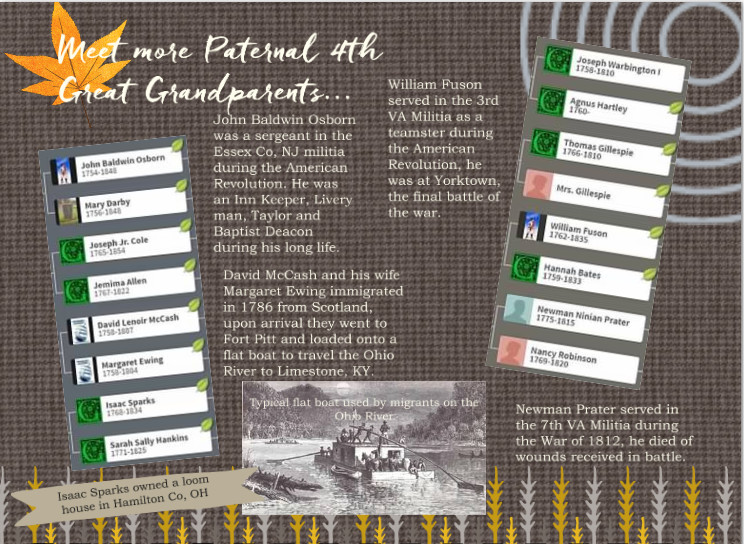 NOTE: I’m not sure why I thought it was necessary to use decorative elements to cover the name tags for my unknown ancestors.

On a positive note, these images do capture some basic information about some of my 4th great-grandparents. The names with sailing ships next to them were immigrants, that’s 6 of 51 known 4th great-grandparents. And 4 of the 51 have Minutemen icons indicating they served in the military during the American Revolution. There are a few notes, mostly about military service. Those notes indicate 2 more of the 51 served during the Revolution and 7 during the War of 1812. However, I particularly like the item I captured about Mary Moore McAnally, 1791-1860, from the 1860 U.S. Mortality Schedule. In the schedule, she is noted as “an old lady” and her cause of death a “breast complaint” of 8 years duration. Although, looking at a newer scan of the document I now see it was 3 years duration. Much better. And, I can’t help wondering about being described as “an old lady” when she was 68 or 69 years old! [2]

Although I am disappointed I have not identified my 13 Unknown 4th great-grandparents since late 2018, I do know I have formulated research plans for more than half. I have started the research on my surname Koontz ancestors using the Thru-Lines reports at Ancestry DNA. There is a possible interesting twist developing regarding my paternal Koontz and maternal Kuntz ancestors, stay tuned.