If you do genealogical research long enough, you will eventually find conflicting information for an ancestor. I wrote about one such conflict for the week 11 prompt “Fortune”. [1] I felt fortunate to discover my error, despite the fact it meant losing a connection to a childhood hero of mine. [2] I have recently discovered another conflict in my research. This one involves the Skaggs family of Knox County, TN. And, I am not yet sure how to resolve it. If any Skaggs’ researchers are reading this, reach out, I’d like your insights.

One of my maternal 4th great grandmother’s was a woman named Susannah Skaggs, 1800-1878. She married William Major, 1799-1882, in 1818. I am very confident of my line back to Susannah, it is well documented with vital and census records. I am fairly certain of Susannah’s parents as Eli Skaggs, 1770-1833, and Rebecca Popejoy, 1773-1829. Although the paper trail for this connection is secondary evidence, I have many DNA matches to descendants of other presumed children of this couple and I match people with Popejoy lineages. I long believed, without any primary evidence, that the father of Eli Skaggs was James “Longhunter” Skaggs, 1734-1816. This is the conflict I am now trying to resolve.

I was recently contacted by another Skaggs researcher who descends from one of Eli Skaggs’ siblings. This person is one of my DNA matches. She told me she had a family history that indicates the father of Eli Skaggs, and his siblings, is named James Skaggs, but he is not the same as the man who often has the moniker “Longhunter”. Instead, the family history this researcher shared with me indicates the father of Eli lived most of his adult life in Montgomery County, VA, then went to Knox County, TN with many of his children about 1790 and then went to Warren County, KY with one of his daughters and died there in 1816.

I think the cause of the conflicting information is because there were multiple men named James Skaggs who all lived during the same time period, in roughly similar locations. I have found secondary evidence supporting the new information I have placing MY James Skaggs in these three locations, at the right times. But the evidence for the original James is very similar, living most of his adult life in VA, but no real evidence of him being in TN and then he went to Green County, KY with several brothers and died there sometime between 1811 and 1816. And, one or both James’ served VA during the American Revolution according to military records. There is also a James C. Skaggs who served in the NC militia during the American Revolution and later moved to TN, living in Knox for a time but later settling in Hankins County, TN. 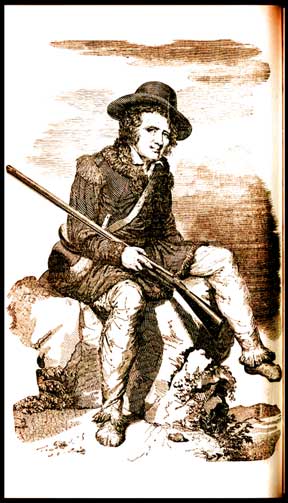 There is a well documented couple named Skaggs in Montgomery County, VA about the time of the American Revolution. Many Skaggs researchers identify this couple as the parents of James “Longhunter” Skaggs. As such, my many “Skaggs” DNA matches, with family trees going back to the 18th century, include this couple. So, is this couple the parents of MY James Skaggs? Or the Longhunter? The couple’s names are James Skaggs (yes, yet another James!) and Rachel Moredock. As I have previously indicated, I have many DNA matches with the Skaggs lineage and some still bear the Skaggs surname. But, I do not have any DNA matches with a Moredock, or similar spelling, lineage. This does not conclusively prove my Skaggs are not descended from Rachel Moredock, but it is suggestive. I’d like to find out if any of my Skaggs cousins match anyone with the surname Moredock, or similar. 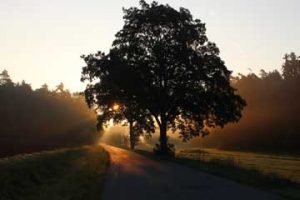 I am a long way from resolving this conflict in my research. Very little primary evidence exists for the time period when these various James Skaggs’ lived. To add to the difficulty, is the fact that many, if not most, other Skaggs researchers have all made this same error. But, I am in contact with a few genealogy researchers trying to unravel this mind-numbing conflict. I’ll post more when I have a resolution. Maybe “Resolution” will be the Week 1 prompt for next year.