The prompt this week, Fortune, has led me to discover a major error in my research. I had planned to write about an ancestress who seemingly married away from the family fortune. However, as I began collecting the sources for this ancestress, I found strong contradictory evidence against her being my ancestress. What good fortune this prompt came along! It has led me to find this misinformation and correct the record. I hope others who used the same poor sources I did find this post and consider revising their family trees.

John Rogers was a 3x great-grandson, and namesake, of John Rogers, the Martyr, 1506-1555. The Rogers were a family with strong, Protestant, religious views and certainly anti-royalist, anti-Catholic and probably anti-Church of England. Mary Byrd was the daughter of William Byrd, 1652-1704, of Westover, VA. A well known, wealthy planter in Colonial Virginia. He, and his wife, were also royalists and some of their descendants were Tories during the American Revolution. I could not understand what would cause Mary Byrd to marry into a family that seemed antithetical to her own. This is why I thought she made a good subject for this week’s prompt.

I have now discovered lineage books that specifically refute the claim of a marriage between the wealthy Byrd family and the religious Rogers family. The evidence is compelling, and makes more sense. These new sources indicate Mary Byrd married a man named Duke, not Rogers. This marriage is well documented in contemporary accounts of the Byrd family. [4, 5] 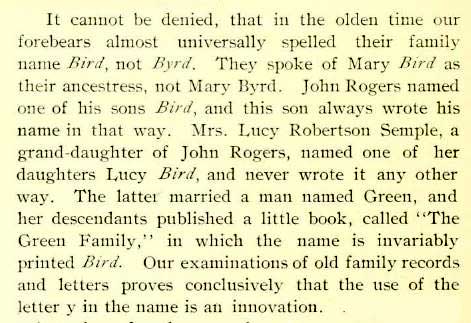 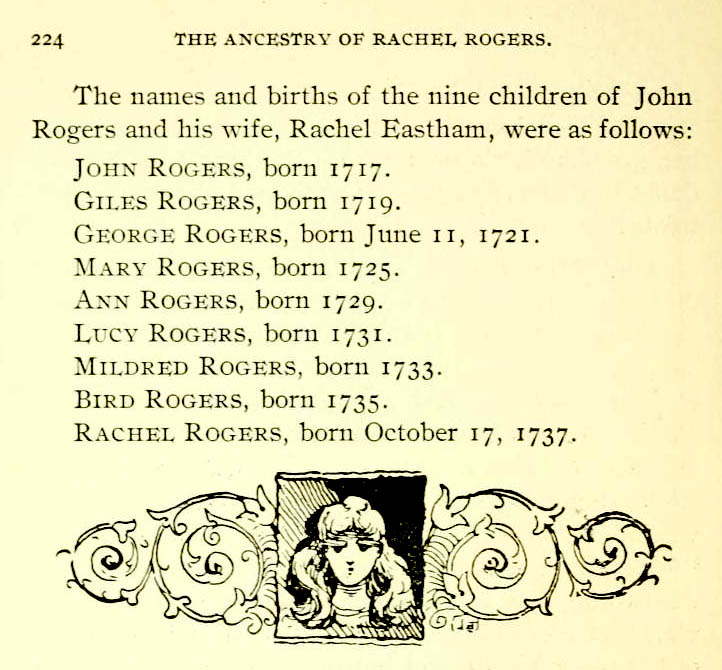 Additionally, this resolves another question I had regarding the children of John Rogers. None were namesakes of the Byrd family. There was one son named Bird/Byrd, otherwise no one carried the names found among the Byrds: William, Evelyn, Ursula, Warham. Instead, they were names found in the Rogers and Bird families: John, Giles, George, Lucy, Mildred, Rachel. [6, 7]

I do feel fortunate to have found this contradictory evidence for the marriage of John Rogers to Mary Byrd. It felt out of place for these two families to form an alliance. Too much like the plot of a fictional romance story.

In recent weeks I have found another error in my research. Fortunately, it was a family I had not previously written about. It is all a lesson to continue looking at sources.

I previously wrote about the Byrd family for the 2019 prompt, “I’d Like to Meet.” That means I am no longer related to the person I’d like to meet. (The explorer Adm. Richard Byrd) Do I need to remove my post? No, I will write a new introductory paragraph to correct the record. The good news is, I now have a new surname to research: Bird, and a new explorer: George Rogers Clark.