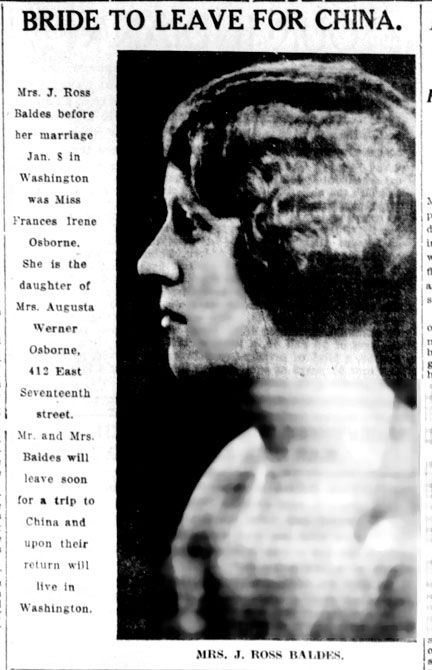 It is well known among genealogists that researching female ancestors tends to be more difficult than male ancestors. Historically, fewer records were collected of women. For example, the United States census only collected the names of heads of households for the first six census, 1790 to 1840. Women were not typically the heads of households during that time period. Also, prior to the 20th century, military service records are primarily men.  Lastly, land ownership was nearly exclusive to men until the early 20th century and land records are among the best preserved. So, what to do to find a female ancestor who lived prior to the last century? Here are a few of the strategies I have successfully employed.

Churches, particularly those in New England and Pennsylvania, made records of births, baptisms and marriages. Some even made communion and attendance records. If you have a female ancestor living in Colonial America look for them among the early church records that have been scanned and indexed. If you do not have their maiden name, you will need to search using their husbands name. If you do not discover a marriage record with her maiden name, there is a good chance of discovering it on a child’s baptism record. One other sort of church record I have found are Quaker and Deacon meeting minutes. Look for these sorts of records associated with the place your ancestor lived. Even if you do not find your female ancestor mentioned, you will discover the conditions of the community in which she lived. 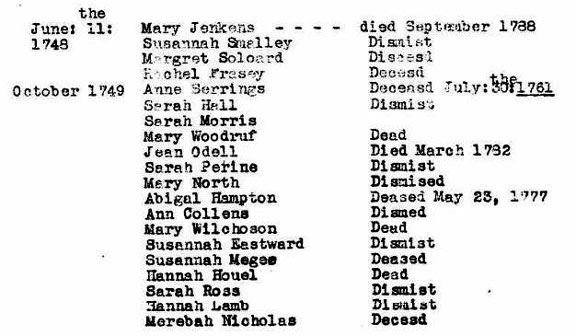 I highlighted the 18th century minutes of the Scotch Plains (NJ) Baptist Church for the prompt “ At Worship” in 2019. [1] This image is from the transcription and includes the names of many women who were members in 1749. [2]

If your female ancestor outlived her husband, there is a possibility of finding a filing for a military widow’s pension claim. Even if you have not found her husband’s service record, check for the widows filing. A widow of a Revolutionary or War of 1812 veteran would seek a pension possibly as late as 1830 to 1880. Where veteran’s pension files are detailed about the service, I have found widow’s filings are detailed about the family. Details about marriage, family members and where they lived can all be found in a widow’s pension claim file.

The best example I have for this is the claim my 3rd great-grandmother, Sarah Tucker Lafary 1800-1889, made seeking a pension for her husband’s War of 1812 service. [3] It was denied, and I have never found his service record, but her claim included a great detail of information including a handwritten letter she sent to President Grover Cleveland! I wrote about this discovery in 2018, “Letter from Sarah Tucker Lafary.” [4] 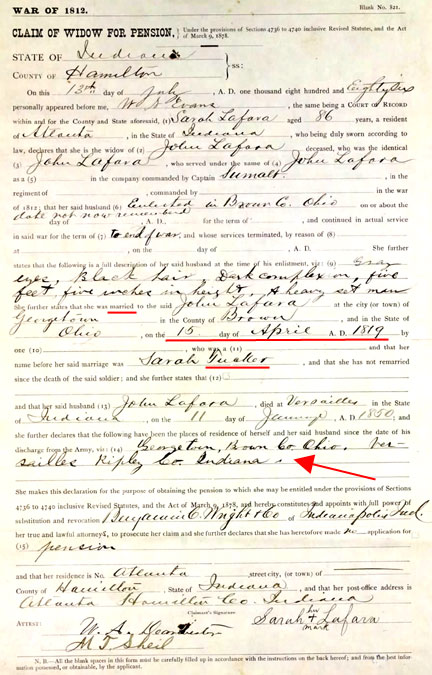 Women did not typically own property prior to the 20th century, and therefore left no probate records. However, do not overlook information about your female ancestors that can be found in the probate records of their male relations, including in-laws. I have highlighted in previous posts the details I have discovered in probate records regarding my female ancestors. Information about their household goods, finances, the names of their children and more. Also, consider Orphan Court records for any female (or male for that matter) ancestors whose father died while they were still a minor. It was not unusual for minor surviving children to have a guardian assigned, even if their mother was still alive.

This is a transcription of an Orphans Court record from 1811 when my 3rd great-grandmother, Isabella Gillespie 1797-1833, and her siblings, was assigned a guardian after the death of her father, Thomas Gillespie 1766-1810. [5] Tracking her guardian has led to information about Isabella.

If your female ancestors had descendants who lived during the 20th century you should look for them in the death records and obituaries of those descendants. Most states’ death certificates include a request for the maiden name of the deceased’s mother. For this reason, research your female ancestors’ children, every one of them, not just the child you descend from. Have you heard of delayed record of birth? Many elderly Americans did not have birth certificates when Social Security was first implemented in the 1940’s. As such, many Americans born before birth certificates were regularly issued, recorded one for themselves and included their mother’s maiden names and possibly her date and place of birth. 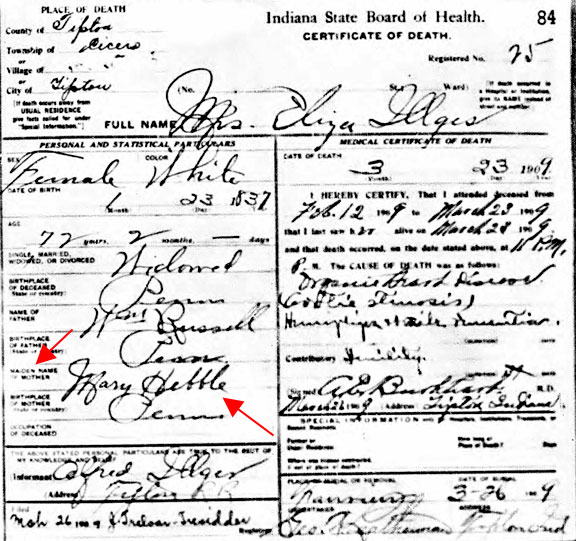 One last 20th century source I like for female ancestors are newspapers. Women show up on social pages more often than men. I particularly like finding wedding announcements with loads of details and photos. And, newspapers do provide a glimpse of the lifestyles our ancestors lived, including the cost of food and fashion styles.

I found this wedding announcement for my father’s 1st cousin Irene Osborne on Newspapers.com. This is the only adult photo I have seen of Irene and previous to finding this I did not know her husband’s name.

Female ancestors can be difficult to research due to a lack of traditional records. Get creative and look for women in the places where they live: church, social settings, widow’s pensions and remembered by the men in their lives. Also, more old records and documents are being scanned and indexed everyday thanks to genealogical societies, state archives and libraries. Many of these organizations are particularly focused on documents that highlight the lives of women. Today is a good day to re-visit your research of female ancestors.