When I think of flowers and family, I think of my grand aunt and uncle who ran a commercial flower farm. The Flucawa Flower Gardens was located just south of New Castle, Indiana for nearly 20 years, 1949-1968. Eastern Indiana may not be the first place to think of for a commercial flower business. But, 70 years ago there was not as much access to overnight delivery of fresh products. Cut flowers and potted plants were more of a local business-to-business operation than it is today. Back then, many flowers and plants were only available seasonally. Besides the flower gardens, the Flucawa’s also had a hot house where they could grow flowers and plants year round. It’s the aroma of the hot house that I recall when I think of my aunt and uncle.

My grand-aunt, Grace Osborne 1887-1954, and grand-uncle, Frank Flucawa 1883-1974, married in Indianapolis in 1912. [1] For many years they operated a poultry business from their small farm on the east side of the city in the Warren Park neighborhood. [2] Then, in 1935 they re-located to New Castle where they were employed for many years as private gardener and caretaker for the Teetor family. [3] The Teetor’s founded the Perfect Circle Company that made piston rings. Their large, Mediteranean-style estate is still a private home at Hawthorne Rd. and Cherry St. Frank and Grace lived in the small bungalow next door at 615 Cherry St. Interestingly, both Grace and Frank are buried in the cemetery directly behind these two properties, South Mound Cemetery. Mr. Teetor sold his home in 1949 and he also sold several acres of land south of the city, on the east side of SR 3, to Grace and Frank. [4] This is the land where they established the Flucawa Flower Gardens. 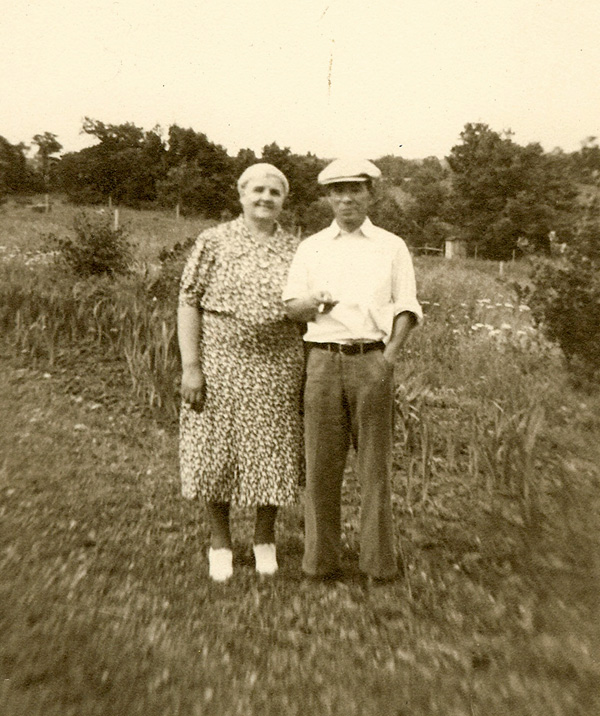 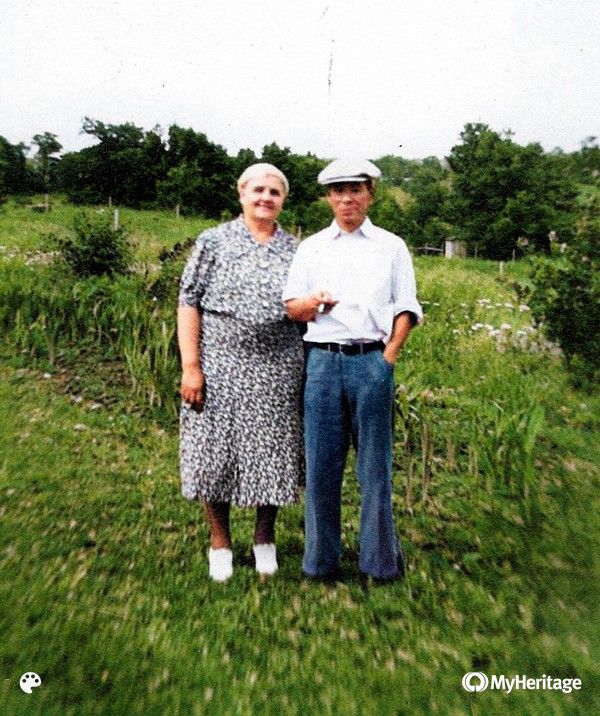 The Flucawa’s farm was at 3610 South Memorial Dr. (SR 3) Their house was a small home, it was made from rough hewed logs and covered over with siding. When I was a child I found places where I could peek behind the siding, or inside behind the plastered slats, to see the rough logs. Also, when we visited we would run between the flower beds playing tag or hide and seek. I particularly remember the gladiolas being taller than me and a good place to hide. The hot house was also a favorite place to play. It was always warm and full of interesting plants and flowers. There were even dwarf citrus trees. 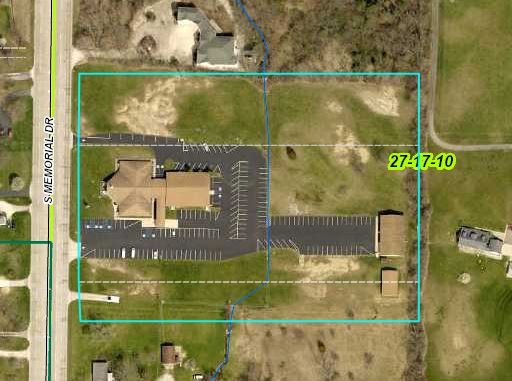 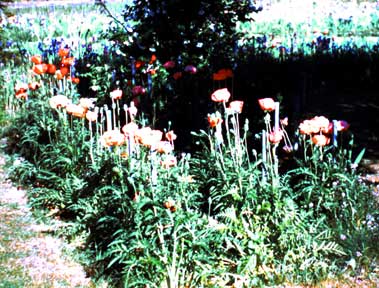 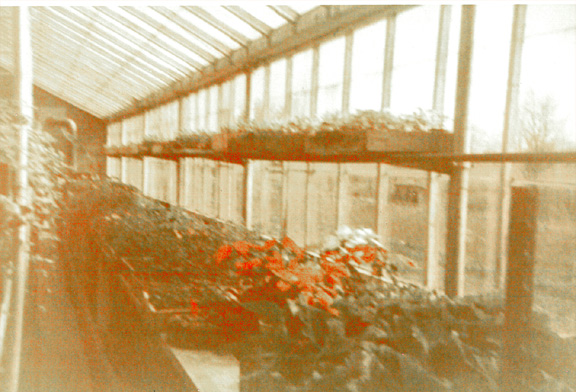 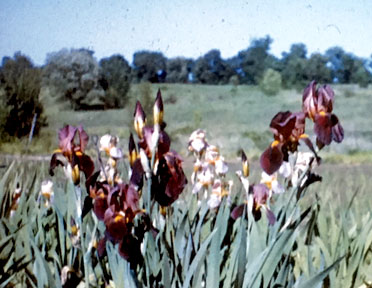 Sadly, my grand-aunt Grace passed away in 1954 leaving Frank to care for the flowers on his own. Uncle Frank continued growing and selling flowers and plants for many years. He was a regular at local flower shows, either with entries or as a judge. He finally sold the property in 1967 and retired to a home in town. I’m not sure who bought the property at that time, but now there is a large church there. The church is operated by an Assembly of God congregation and they also run a community food pantry on the property. I think Grace and Frank would be pleased. 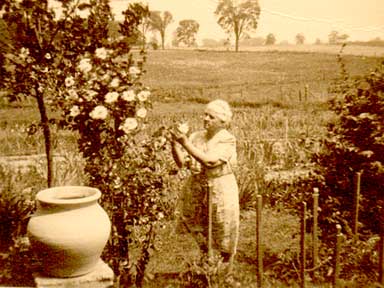 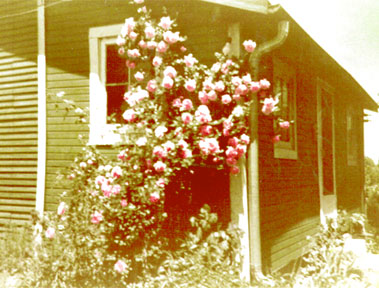 The old photos were not in color, and are faded to a sepia color. There are a handful of color slides, but the acetate has not aged well and the colors are muddy. There are 4 glass slides but 3 are over exposed and do not scan well, the exception is the bearded iris above.

The flowers on my aunt and uncle’s property were a rainbow of colors.  I’m sorry there are no really great, full color photos of the gardens or the hot house.  So, I am left with memories. Gladiolas and chrysanthemums particularly bring back memories. And, whenever I get a whiff of an earthy, loamy scent it takes me right back to my aunt and uncle’s hot house, and that’s good enough.

I’ve written other posts about Grace and Frank Flucawa: