When I think ‘First‘, as it relates to genealogy, I think of my first ancestor to arrive in North America. Those of you who know my genealogy journey may assume this first ancestor is on my paternal grandmother’s line since hers is well documented going back to Puritan America. But, you would be wrong… When I finally got around to researching my maternal grandfather’s lineage, I discovered his line goes deep in Colonial Virginia, namely to Samuel Jordan of Colonial Jamestown, my 11th great grandfather.

Samuel Jordan was born in England in 1575 and married his first wife Frances Baker in 1590, they had four children. After Frances died in 1608, Samuel chose to travel to the ‘New World’, presumably in 1609 with the Virginia Company’s ‘Third Supply’ fleet. It’s unclear which ship Samuel sailed on (there were nine in the fleet), some think he was on the flagship ‘Sea Venture‘, but the passenger list for that ship is well documented due to their misadventure of being ship wrecked for 10 months. From his land patent in 1620 it can be surmised Samuel Jordan arrived in 1610 [1]. So, either he was among the ship wrecked who eventually arrived in May 1610, or he was with a ‘Fourth Supply’ fleet of three ships that arrived in June 1610.

By 1618, Samuel had remarried to a woman named Cecily Reynolds Bailey [2] and the next year he was a representative to the Virginia House of Burgess’s [3], the forerunner of a state legislature. Samuel Jordan established his plantation on 450 acres granted to him in 1620 [1], at first called Beggar’s Bush, then later Jordan’s Journey, it abutted the James River. It has, in recent years, been the site of archaeological research [4]. Jordan’s Journey was on Jordan’s Point where the southern foot of the Benjamin Harrison Memorial Bridge near Hopewell, VA is now located. 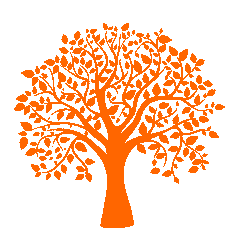 On 22 March 1622, the local confederation of Powhatan natives attacked the many plantations around the Jamestown settlement. Samuel Jordan and his family, and workers, took shelter in their main house and successfully defended themselves from the attack [5]. However, Samuel’s son Robert, not living on the plantation, was killed [6].

Despite surviving the 1622 attacks, Samuel Jordan died 4 June 1623 [7]. Samuel Jordan had a brief life, but he married twice and had at least six children, his descendants in America are fairly well documented. I descend from his son Thomas (1600-1688) who arrived on ship ‘Diana’ the year his father died. Thomas went on to marry Lucy Corker, have several children, served in the House of Burgess’s and was a land owner. His son Thomas (1634-1699) is my 9th great grandfather, he married Margaret Brasseur (she also came from a family with roots in Colonial VA) and had NINE sons. My ‘back of the napkin’ math indicates Samuel Jordan has 1 to 4 million descendants alive today, possibly more.

I feel I know very little about my ‘First‘ immigrant ancestor, but it’s amazing I know anything at all! The fact these records have survived 400 years, and I can find them from the comfort of my couch, would be unimaginable to Samuel Jordan.

The Jordan family were Puritans and the Brasseur family were Huguenots. When Thomas Jordan (1634-1699) married Margaret Brasseur (1642-1708) they became Quakers [8]. Both Thomas and Margaret were persecuted for their choice of religion. At one time being imprisoned for six weeks for ‘having a meeting at his own house’. Another time imprisoned for 10 months for the same ‘crime’. Additionally, they had personal possessions, crops and even servants, confiscated for ‘priests dues and church rates’ [8].