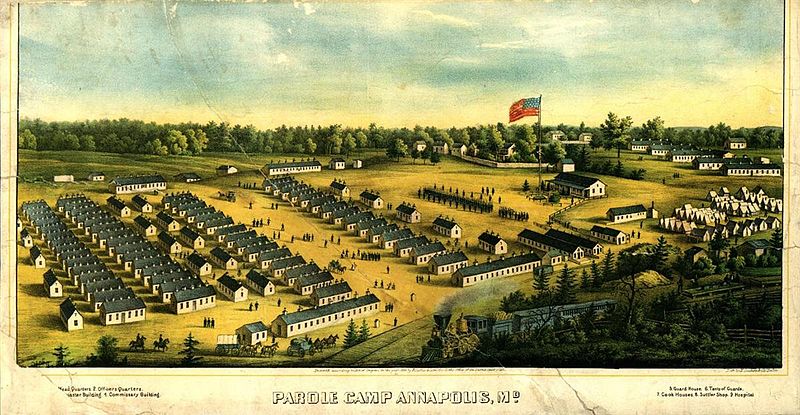 I enjoy researching family oral history and finding records to validate the story. But, sometimes the records reveal there is much more to the story. One such story involves some stormy weather and my great-great-grandfather, William Rumple, who served in the 123rd Ohio Volunteer Infantry during the American Civil War. The story told is he laid in the mud for two days during a battle and became chronically ill as a result. I have received his service record and the facts I discovered may create a different sort of storm among some cousins.

My great-great-grandfather William Rumple was born in Carroll County, OH 18 January 1839 to Daniel and Elizabeth (McBride) Rumple. He was their sixth child, of seven, but sadly just one of the four who survived to adulthood. [1] William enlisted for military service in February 1864, he was 25 years old and it was 3 years since the war had begun. [2] Why did he enlist at that time? I can only speculate. I think William wanted to earn some money to get married and have his own farm. To discover the facts behind the story of lying in the mud for two days, I needed more than enlistment and discharge dates. As a result, I filed the necessary forms with the National Archives and Records Administration (NARA) to get William’s service and pension records.

I have previously written posts about my Rumple ancestors:

From the records I received, I learned that the story of my great-great-grandfather lying in the mud for two days is true. It occurred during a battle at New Market, Virginia on May 13 to 15, 1864. Furthermore, the records show William spent nearly all the rest of his enlistment either receiving medical care or convalescing. [3, 4] The tables below are a synopsis of William Rumple’s service, medical, pension, and disability records. Each report adds to the narrative of William’s service experience. The exposure of laying in the rain and mud for two days left William too ill for sustained, regular duty. He appears to be in and out of the medical camps until furloughed just prior to the end of the war.

On Muster Roll of Co. H:

Office shows no evidence that he was disabled by chronic diarrhea on May 15, 1864.

Resident of Rockford, Mercer Co. Ohio, is same as William of Co. H. 123 Reg of Ohio Vols. Claims indigestion, heart trouble and diseased eyes for which he claims pension, incurred May 15, 1864 at or near New Market, Virginia during exposure at Battle of New Market, Virginia, continuing in heavy rain from Thursday evening until Sunday morning, being defeated, under Gen. Siegle then went to its hospital, and never being able to return to service. I know of no commissioned officer or comrade who are now living.

From a book written for the U. S. Army Center of Military History, titled The Battle of New Market, I learned that there was a driving rain during most of this battle. I also learned the 123rd OVI began the battle in a forward position before being overrun by Confederate forces. The 123rd retreated to a new position for several more hours but eventually were forced into a full retreat from the battle field. [5] The primary action took place on Sunday, 15 May 1864, but the regiment had been holding their position for a few days in expectation of the engagement. Several members of the 123rd OVI lost their lives during this battle, were wounded, or taken prisoner. These names are recorded in the regimental history. [6] It’s probable that many soldiers in this battle became ill from exposure, including my great-great-grandfather.

Upon seeing the records mention a “Camp Parole Hospital” I did some digging and discovered the following. 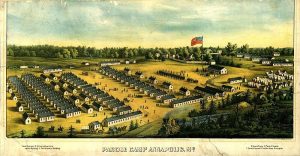 During the civil war, to avoid being burdened with large numbers of prisoners, armies in the field would “parole” soldiers that they had captured, releasing them on their oath that they would perform no military service until formally exchanged for prisoners of war held or paroled by the other side.  In the early part of the war, many paroled men would simply go home, or elsewhere, not to be found when time came for the exchange.
Originally intended as a “camp of instruction,” a camp for paroled prisoners was established near Annapolis, Maryland, in the summer of 1862.  It came to be known as Camp Parole. [9, 10]

My great-great-grandfather, William Rumple, was noted as a religious man, and a hard working farmer who provided for his large family. Health problems resulting from the exposure he endured during his military service plagued him off and on for the rest of his life. The story of lying in the mud for two days is the only story of his Civi War experience that survived, no wonder since it is the event that defined the remainder of his service. Stormy weather, indeed. William Rumple passed away on 6 December 1912 from complications of influenza, he was nearly 74 years old. 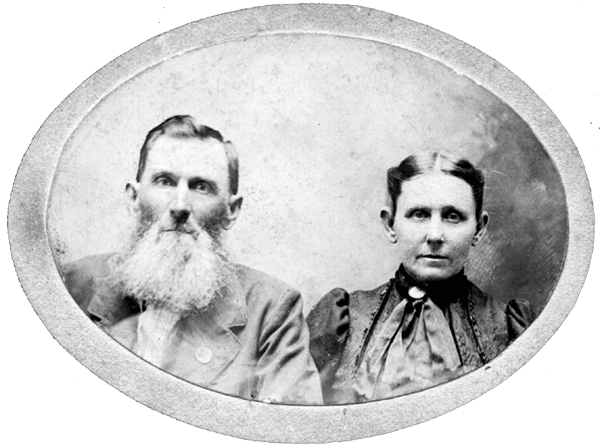 The history of William’s regiment includes being present at Appomattox Court House for the surrender of the Confederate Army on 12 April 1865. The 123rd was there because many of the regiment had been recently taken prisoners by the Confederate Army as it retreated along the Appomattox River. These POW’s were part of a prisoner exchange performed during the surrender. And, according to the regimental history, because they were paroled prisoners, they were required to report to the Parole Camp near Annapolis. [7] The history book does say they were able to make use of a steamer to make the journey. But still, that’s a distance of 200 miles in the opposite direction from Ohio when the war was over!

Another brush with history by the 123rd OVI occurred once they reached Camp Chase, near Columbus, OH, for their muster out in June 1865. Fifty of the men were assigned guard duty of the state capitol building where President Lincoln’s remains laid in state, while en route to Springfield, IL for burial. [8]