A Story of Water

My mother tells a story about her maternal grandfather asking her to bring a cold cup of water from the well. I am sharing that story.

The family farmed land they owned, raising feed crops to sell and feed to their own livestock. Two of Homer’s younger siblings died in 1872 when they were just little children. [2] In September 1876, Homer’s father William died leaving his wife Elizabeth, 12 year old Homer, 5 year old Charles and 1 year old Nettie. [3] Homer was too young to take on running a farm, so his mother sold the farm, livestock, implements and household goods. Then, in May 1878, she married a neighboring farmer named Springer. [4,5] Homer experienced much loss during his childhood. 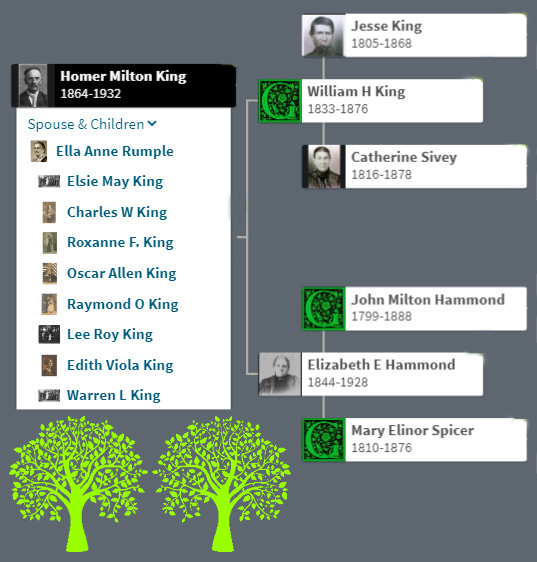 A Cold Drink of Water

My mother, Betty, lived with her grandparents, Homer and Ella King, for many years when she was a child. At the time of Homer’s death, my mother was just six and half years old. This is her memory of the events of her grandfather’s death in mid-April 1932.

I briefly documented Homer King’s death in a previous post about his wife, my great grandmother, Ella Rumple King. [6]

Grandfather was helping a neighbor bale hay off a wagon. While standing atop the pile of hay in the wagon, Grandfather stumbled and fell, striking his head on the ground. Grandfather was brought home, barely conscious.

We lived on a small tenant farm near Tyner, IN in Marshal County (north of Plymouth, IN) and I was attending first grade at Tyner. Grandfather was placed in one of the twin beds in the small bedroom on the ground floor of the house. A doctor came and examined Grandfather, but he did not think there was much to be done.

Grandfather lingered for a few days, laying in the bed, taking little food and water, and he was in and out of consciousness. Grandmother and I shared the other bed in the small room so we could be near by if Grandfather needed anything.

One day, while Grandmother talked with the doctor, Grandfather asked me to bring him a cold drink of water. I went to the bucket in the kitchen where Grandmother kept fresh drinking water, there was no indoor plumbing, or electricity either, and I filled an enameled tin cup with water. I gave this to Grandfather, he took a sip but remarked it wasn’t cold enough. He asked me to bring water from the well outside, which would be colder.

As I left to fetch the water, Grandfather remarked that he heard music and that it was angels singing. We had a hand-cranked Victrola in the sitting room, but it was not playing. I took the cup to the well, it had a hand pump and sat in the center of a wooden boardwalk that ran between the house and the summer kitchen, and I filled it there.

I carefully carried the cup full of very cold water back to Grandfather. But when I got to his bed I found he had passed away. Grandmother was there and the doctor said Grandfather was dead and he covered his face with the blanket. Grandfather never got that cold drink of water. 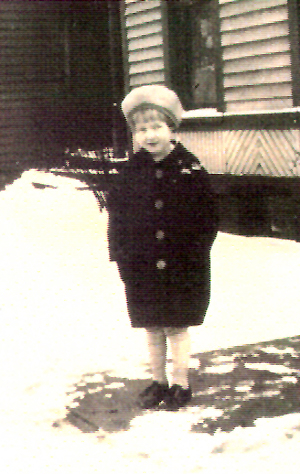 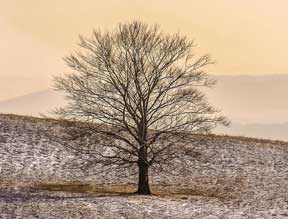 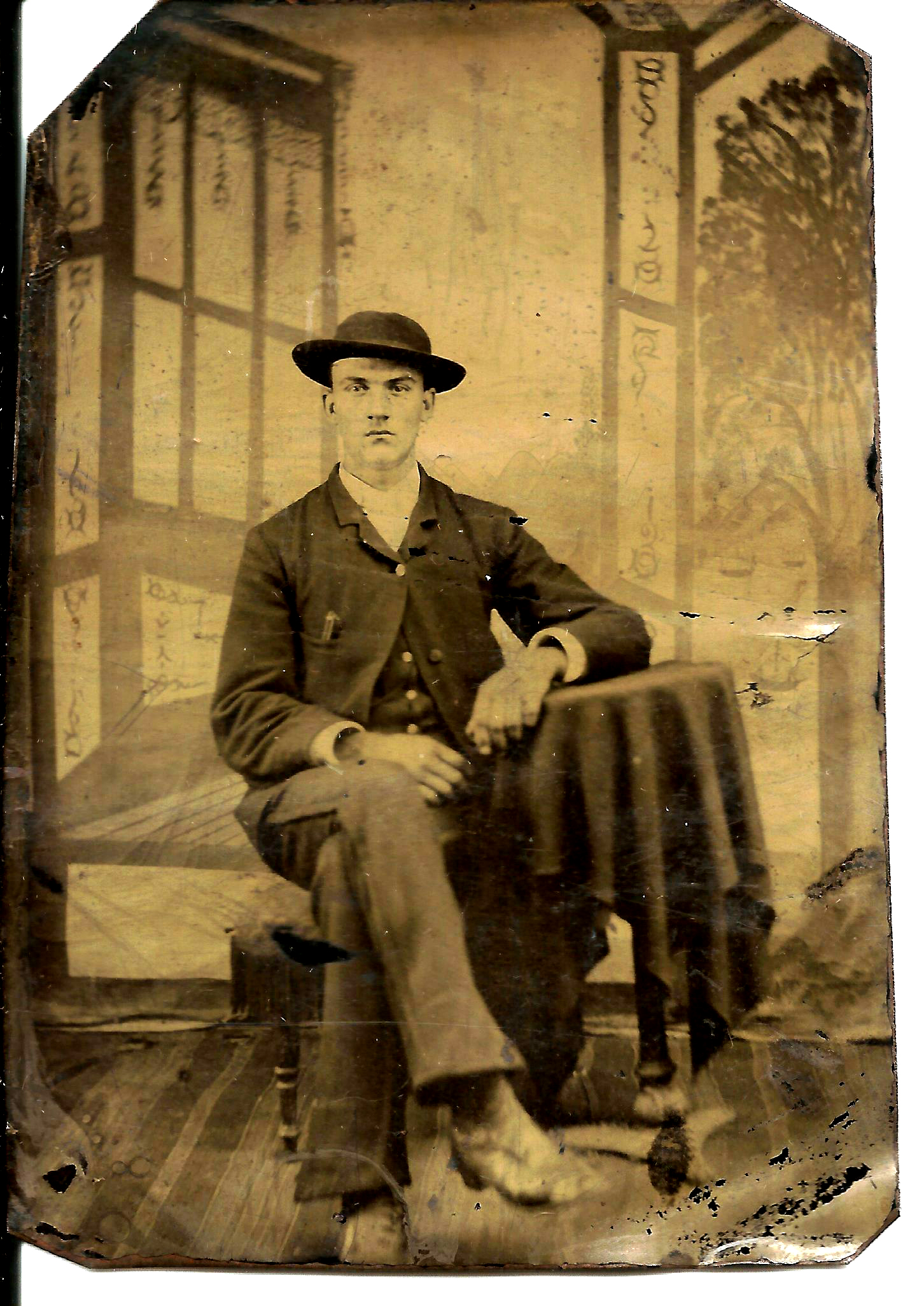 This is a tintype of Homer King ca. 1885, it is the oldest photograph in my mother’s archive.

Homer King passed away on 16 April 1932 at the age of 67. Homer was survived by his wife, Ella, 6 of their 8 children, 7 grandchildren, and 1 great grandchild, a brother (Charles A. King), a sister (Nettie King Cavender) and a half brother (Jesse Springer). [7] 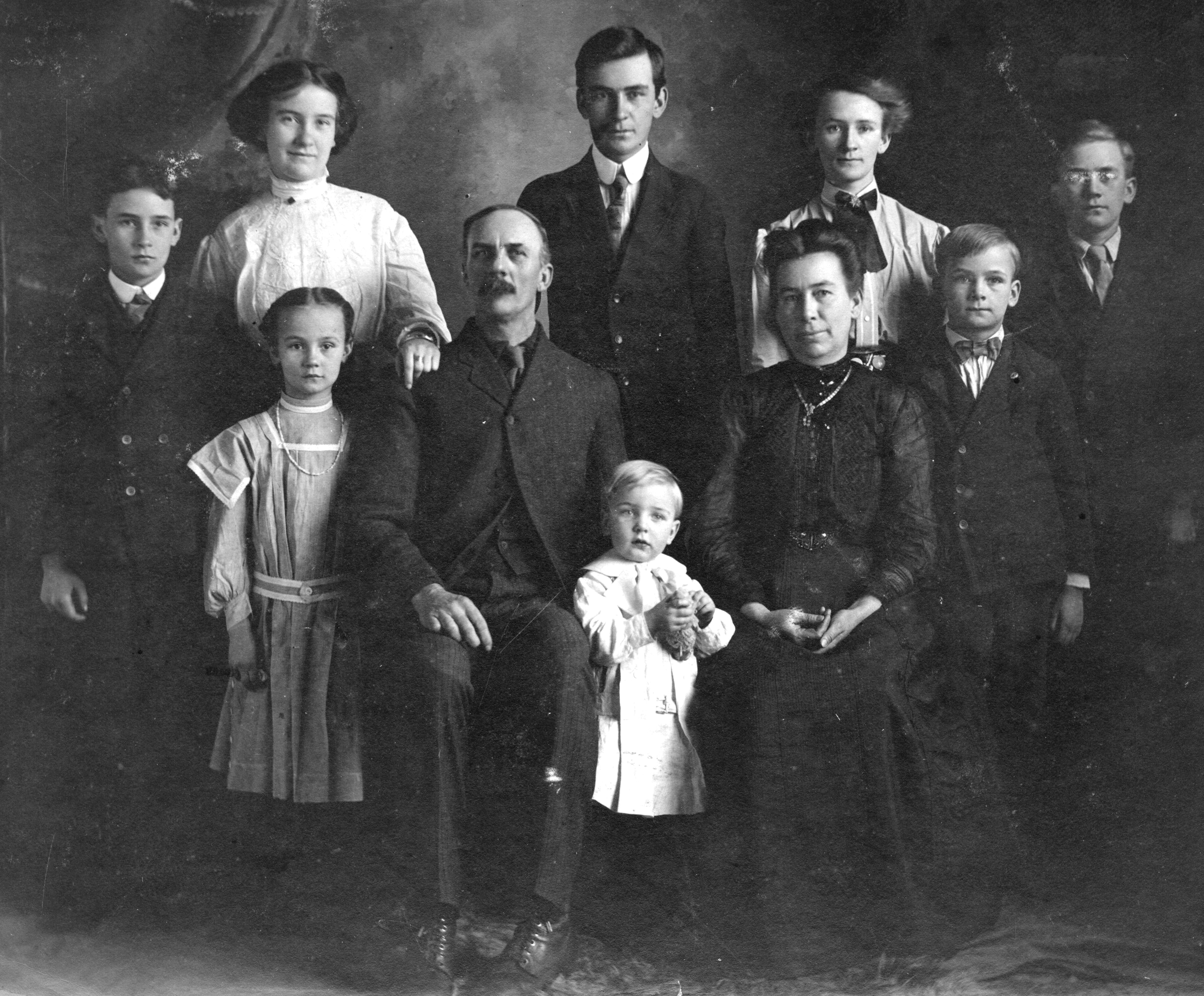