When I research an ancestor who has very few identifiable records, I think how sad that they are lost to history, or nearly forgotten. I have many ancestors who fit this description. I take it as a challenge to tease out the details of the lives of these ancestors. In one case, I felt a particular desire to corroborate the existence of a nearly forgotten ancestor. My 3rd great grandfather, George Koontz, is an enigma, even his own children had forgotten him.

My 2nd great grandfather was James E. Koontz, 1840 – 1919. James was a Sergeant with the 3rd Tennessee Infantry (Union) for 3 years during the Civil War. He was a father to 9 children with his first wife, my 2nd great grandmother Mary Major 1840 – 1907, and 2 with his second wife. [1] It’s James’ death certificate that caused me to take a great interest in discovering whatever I could about his father George Koontz. [2] 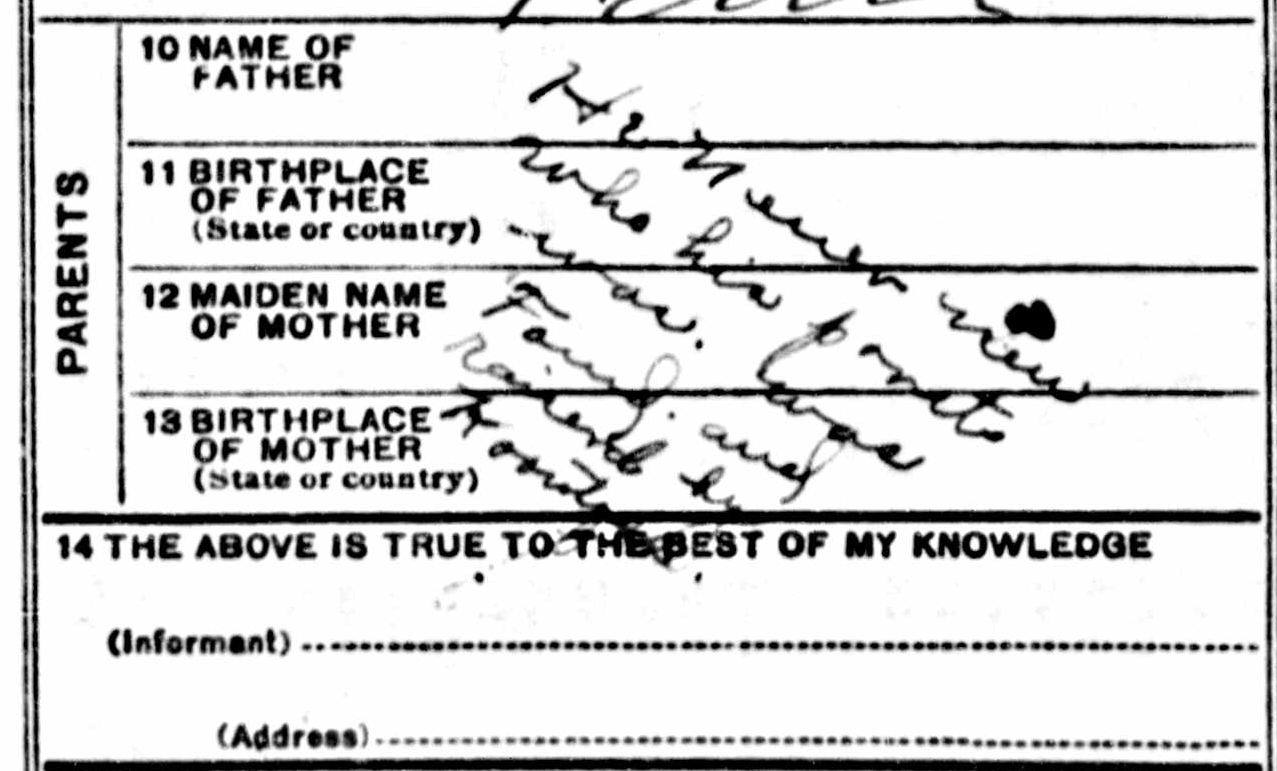 The entry for birth details states, “He never new [sic] who his parents was. Was found and raised by Koontz.” The “informant” for the death certificate is not identified, so where did this detail about James’ birth come from and could it be true?

I believe my George Koontz, the husband of Sally Ezell and the father of James E. Koontz, must have died prior to 1860 but after 1851 when the youngest child was born. Birth and death records were not required during this time period and I have found no grave, or other evidence of an exact date of death for George Koontz. However, I believe the census records are strong evidence that James E. Koontz knew his mother was Sally and that she married George Koontz and he was NOT a foundling. But could I find further evidence?

I turned to my DNA matches at Ancestry DNA to find anyone with the surname Koontz in their published family trees. I found several people among my matches with James E. Koontz in their tree. Not surprising given the number of children my 2nd great grandfather had. AND, I found DNA matches who have siblings of James E. Koontz in their direct lineage. Although most of these matches have also made the same connection to George Koontz that I have, none have additional sources or have proved parents for George Koontz. I then looked for the Ezell surname among my DNA matches. Again, I found several. Good news, these matches include several who descend from siblings of Sally Ezell Koontz. So, at a minimum, James E. Koontz was definitely the son of Sally Ezell Koontz and NOT a foundling. This is consistent with the paper trail. 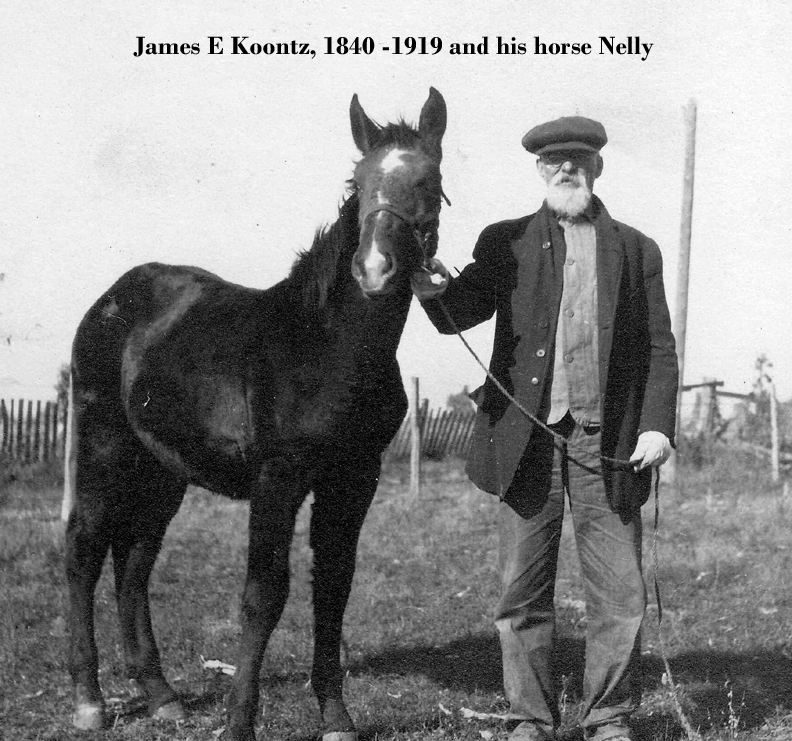 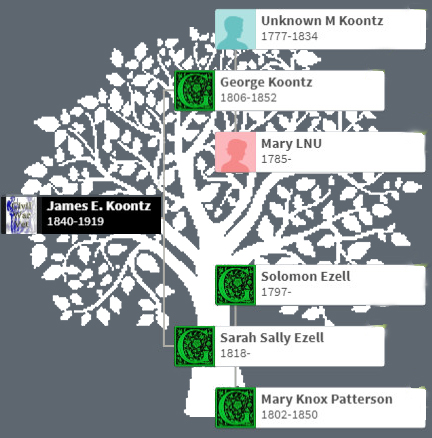 But, how to prove James was the son of George Koontz. I do not know the father, or mother, or any of the siblings of George Koontz, how can I prove I descend from him. I looked for DNA matches with direct paternal descent with the surname Koontz, or similar. I have a few. Most of these Koontz, or similar, descendants trace their ancestry to men in North Carolina, in counties very close to eastern Tennessee. But, some are further afield in Pennsylvania. I, too, have ancestors named Kuntz from Pennsylvania on a different ancestral line, which could inflate the number of matches I have with the Koontz, or similar, surname. I will need to fill out family trees for each of these Koontz lineages to discover if any had a relative, hopefully, named George, in Knox County, TN circa 1840. Records for the first half of the 19th century in eastern Tennessee are few, and it possibly explains why George Koontz is nearly forgotten.

While I have yet to prove that George Koontz is definitively the father of James E. Koontz, I believe I have proven that James was NOT a foundling. So, why the remark on his death certificate? James’ cause of death was the result of surgery for an inguinal hernia. [2] It’s probable the informant was his second wife, Hanna Hutchinson Koontz, 1871-1950. [6] They had been married for 11 years, but perhaps she was unsure of James’ parentage. Although, typically parentage is recorded as ‘Unknown‘ rather than this odd detail about being a foundling. I may never discover the reason for this remark. But, this mystery will not keep me from researching the nearly forgotten George Koontz and, eventually, re-connecting him to his son James. 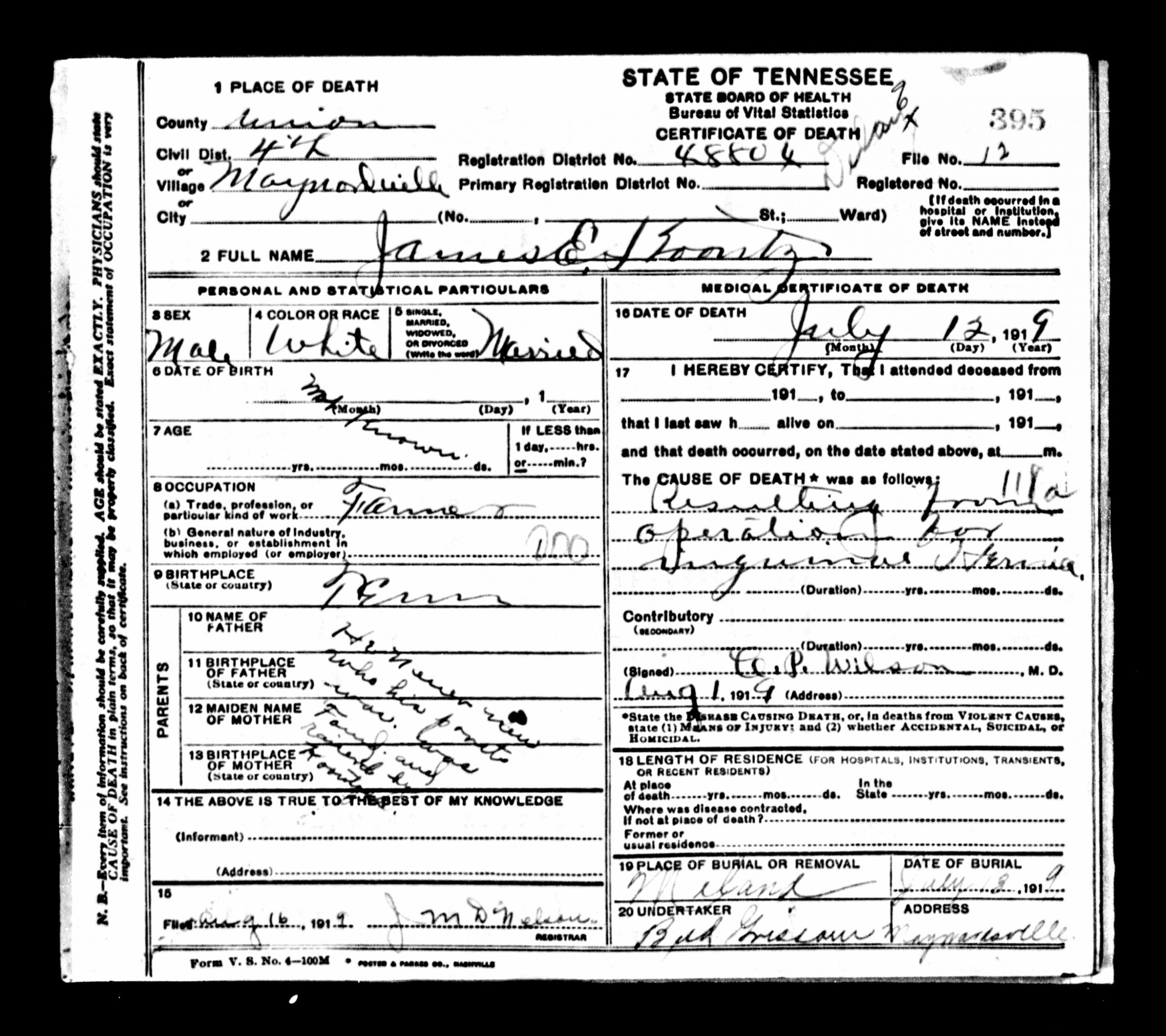