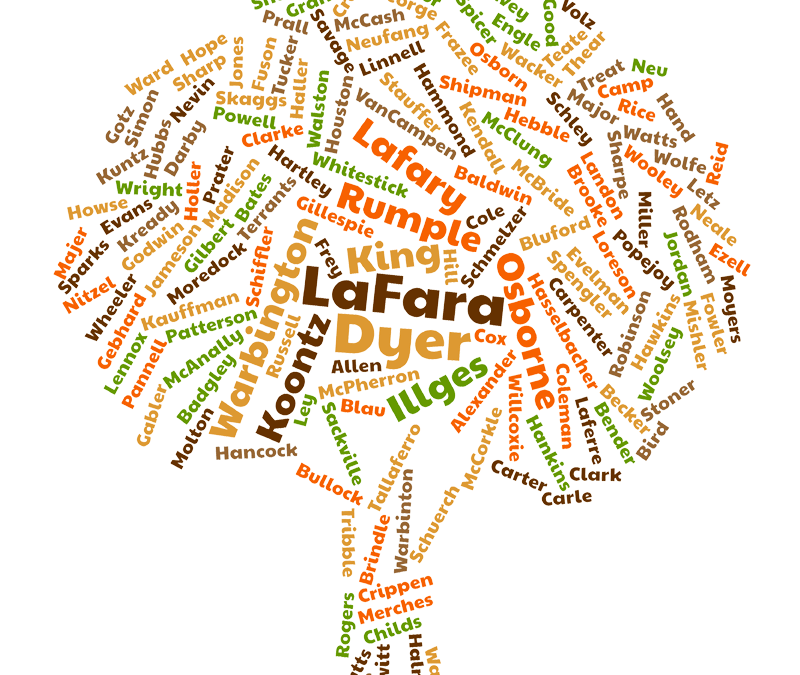 A few years ago I started researching my maternal grandfather’s linage and quickly recognized several surnames in common with my maternal grandmother’s linage. With the name’s being the same, were they some sort of distant cousins? For last years’ Week 7 prompt Favorite Discovery [1], I wrote about discovering, through same names, that my parents are 9th cousins. So, why not my maternal grandparents? At first, it seemed unlikely since one was from Mercer County, Ohio and the other from Knoxville, Tennessee. Nevertheless, the research is it’s own reward.

Edith King was born in Mercer County, OH in 1903. [2] Nearly all her ancestors were of German or English descent. They mostly arrived in American during the 18th century at the Port of Philadelphia.

Major Graves Dyer was born in Union County, TN in 1901. [3] His ancestors were mostly English who arrived in Virginia during the 17th century. However, he also has some Scots-Irish, Swiss and German ancestry.

My grandfather moved to Indiana from Tennessee in 1923 in search of work. He met my grandmother when they both worked at Wayne Knitting Mills in Fort Wayne, IN. They married in May 1924. 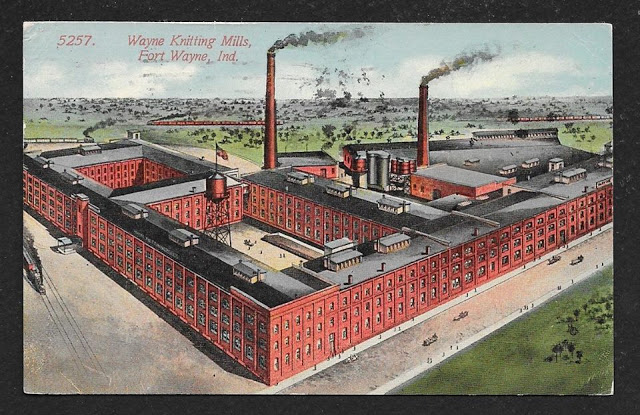 On my grandmother’s maternal line is my 5th great grandmother Anna Barbara Majer. She was baptized near Stuttgart, Germany in 1720 and immigrated to Pennsylvania with her husband Lorentz Simon in 1753. She was definitely German. [4]

On my grandfather’s maternal line is my immigrant ancestor, and 10th great grandfather, John Major. He arrived in Colonial Virginia as a head-right in 1621. He was definitely English. [5, 6]

This is a case of a German surname being similar to an English surname. As a result, I do not see a path for how these two lines could be related.

On my grandmother’s maternal line is my immigrant ancestor, and 6th great grandfather, Hans Michel Kuntz. He immigrated from Germany to Pennsylvania in 1749 with his wife and six children. His eldest daughter, Anna Catherina, would eventually marry one of their fellow passengers, my 5th great grandfather Johannes Rumple. They lived in Heidelberg Township of Northampton County, Pennsylvania. [7]

On my grandfather’s maternal line is my 3rd great grandfather George Koontz, he is a brick wall. [8] I wrote about him last year for the Week 13 prompt Nearly Forgotten. [9] I do not know his origin. I pick him up living in Knox County, Tennessee in 1830. I think he was born in North Carolina. I have attempted to use DNA to find his ancestors. But, because I have the other Kuntz ancestors it has proven to be difficult. He MAY descend from an immigrant named Johann Michael Koontz/Kuntz of Adams County, Pennsylvania.

I cannot conclusively prove George Koontz’s lineage. Yet, I think it is possible that he some how connects to the Hans Michel Kuntz family. Although, it may be in Germany, not Pennsylvania.

On my grandmother’s maternal line is my 3rd great grandfather Samuel Gilbert, he is a brick wall. [10] According to his death record [11] he was born in Pennsylvania in 1812. Beyond that I do not know his ancestry.

On my grandfather’s paternal line is my immigrant ancestor, and 10th great grandfather, Thomas Gilbert. Thomas was born in Yorkshire, England in 1589 and immigrated to Massachusetts in 1635. [12] This Gilbert family is fairly well documented. [13] They relocated to Wethersfield, Connecticut and then to Southampton, Long Island before settling in Orange County, New York by 1720. It is during the American Revolution this Gilbert line reaches Virginia and then afterwards Tennessee.

Despite having no further knowledge of my grandmother’s Gilbert ancestor, I do not believe these two lines of Gilbert’s have a connection.

In spite of these names being the same, I have not discovered a common ancestor for my maternal grandparents. Assuredly, not all same names share a common ancestor. But, some of the ancestors highlighted here are brick walls in my research and I may yet discover a connection.